Our world needs the cosmic perspective now more than ever. 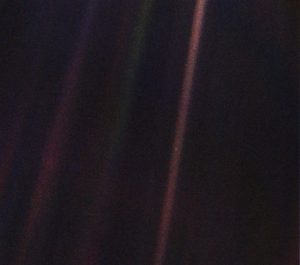 European Regional Office, that “uses astronomy to promote commonality, solidarity and environmental awareness and instill values, attitudes and behaviours to support responsible global citizenship”. The project falls under the OAD Flagship theme ‘Science Diplomacy through Astronomy: Celebrating our Common Humanity‘. The phrase “Pale Blue Dot” was popularized by astronomer Carl Sagan, based on a photo taken by the Voyager 1 spacecraft from a distance of 6.4 billion kilometres, in which the Earth appears as a tiny dot.

The IAU, through the Office of Astronomy for Development and its Regional Offices, Office for Astronomy Outreach and its National Outreach Coordinators, and partners, has supported several projects under this theme. Your donations can help these projects move to their next phase of development. The attached map shows how donations can directly contribute to these innovative programs, and reach even more people.

“(this image) underscores our responsibility to deal more kindly with one another, and to preserve and cherish the pale blue dot, the only home we’ve ever known.”
– Carl Sagan

donate
Some of the projects under the theme of Pale Blue Dot:
1. Columba Hypatia in Cyprus, funded twice by the IAU OAD, is run by GalileoMobile, a successful astronomy outreach & education initiative with past campaigns in South & Central America, Asia, Africa, Europe, and the Association for Historical Dialogue and Research (AHDR), a local NGO working towards peace education in Cyprus. So far, the project has carried out educational astronomy activities with children and youth from all communities in Cyprus. This includes: a) mono-communal visits in schools across the existing divide, where children are introduced to the basics of astronomy and prepared for contact with the ‘other’ group, and b) bi-communal meetings of the paired classrooms at the Home for Cooperation, in the UN Buffer Zone. Children and youth  come together to learn about each other and our place in the Universe, thus breaking down barriers and stereotypes through fun and educational astronomy-related activities.
Donations will enable the project to continue and expand these educational astronomy activities to reach more children and the public from the various communities living on the island, to inspire a sense of global citizenship “under the same sky” and to look beyond borders.
2. Amanar: under the same sky in Algeria & Canary islands is another project run by GalileoMobile, in collaboration with the Instituto de Astrofísica de Canarias (IAC) and the Canary Association of Friendship with the Sahrawi People (ACAPS), to inspire children and teachers from the Sahrawi refugee camps near Tindouf, Algeria, and the Canary Islands, Spain, using astronomy. So far, the project has carried out workshops with teachers at the Sahrawi camps, including operation with amateur telescopes, where astronomy serves as a didactic resource to help them organize inspiring and empowering activities with their students. They have also conducted outreach activities with primary and secondary schools. The project plans to initiate and support training programs at 2 professional schools, where young people continue their education in professions needed in the camps as identified by local institutions. The content will focus on astronomy-related skills, such as image/video processing and editing. They are also collaborating with the Sahrawi Ministry of Culture to research and disseminate the astronomical knowledge of the Sahrawi people.
Donations will support more teachers training (currently done via Whatsapp during COVID restrictions) and thus reach more students at the camps as well as train young people in professional skills related to astronomy that are needed in the community.
3. Astronomy for Canadian Indigenous People uses astronomy as a tool for the development of young Indigenous People in Canada. The project targets Indian reserves in the Province of Québec, leveraging the proximity to the Mont-Mégantic Observatory, one of the premier research telescopes in Canada. The project team, including an indigenous astronomer, visit schools in the Indian reserves to reach young Indigenous students and later bring the students to visit the Observatory of Mont-Mégantic during the popular Astronomy Festival of Mont-Mégantic.
Donations will enable the project to impact more indigenous students.
4. IDP Children Astronomer’s Outreach in Nigeria uses astronomy as a tool to educate and inspire children in camps who have been displaced due to ethno-religious conflicts in Nigeria, while bringing in seasoned counsellors and professionals to counsel them. The project has reached children in different Internally Displaced Camps (IDP) camps in the country. It ran a number of hands-on, educational activities with the children and also setup solar powered learning hubs in these camps. Since COVID-19 struck, hand washing stations have been installed and the children trained to follow safe hygiene in a difficult situation.
5. OruMbya – Astronomy as fuel of life: the resilience of stars in Yoruba, Afro-Brazilian and Indigenous Cosmogony, Brazil, Cape Verde, Mozambique, São Tomé and Principe, Angola and Portugal (Orum, sky in Yorubá, and Mbya, a Brazilian Guarani ethnicity) is a pilot project to celebrate Astronomy as the fuel of life, in which the stories of the stars are preserved in the resilience of people from three different continents and shared over months, through scientific-cultural activities focused on the dissemination of knowledge, promotion of social inclusion and sustainable development. So far, the project has organized two workshops, both online due to COVID-19 restrictions, which combine three experiences: dedicated to astronomy, African and indigenous knowledge, and art or music. People from different countries share their experiences and discuss topics that connect them via both culture and science – cultural astronomy, traditional food, music, as well as specific astronomy subjects (calendars, cycle of seasons, stars, planets, chemical evolution of the Universe). An e-booklet and corresponding outreach and training materials will be produced at the end of the project.
Donations will support the participation of more members from various indigenous communities