The planetariums were constructed locally, which contributed to the local economy. The project hosted astronomy based workshops which covered concepts such as the stellar life cycle, where elements come from, their common uses, how scarce they are, and how to conserve them. The curriculum was developed in line with existing science textbooks, reaching more than 1,400 students of 8th – 12th grades from madrassas, private and public schools with 13 workshops. The outcome was increased awareness about resource scarcity and climate change and the urgency of climate action. One of the schools partnered up with a fellow startup whose goal is responsible waste management and recycling.

Cosmic Perspective also hosted telescope making workshops for children aged between 6 years and 12 years, with a talk about terraforming the moon following the telescope making activity with emphasis on required climate action. These workshops reinforced concepts of optical physics in addition to enlightening the students about why taking care of our home planet is important. They hosted inclusive solar and nighttime observation sessions, discussing how humanity shares not only this planet, the Sun, and the moon, but also faces similar problems and challenges regardless of national boundaries, religious affiliation, and socio-economic class.

The project contributed to SDG 4: Quality education by developing and delivering educational STEM workshops; SDG 5: Gender Equality by ensuring that girls were recruited and included in all activities; SDG 8: Decent Work and Economic Growth by constructing planetariums locally; SDG 13: Climate Action by raising awareness about resource scarcity and the environmental crises faced by our planet; SDG 16: Peace, Justice, and Institutions by hosting inclusive and thought provoking stargazing events. 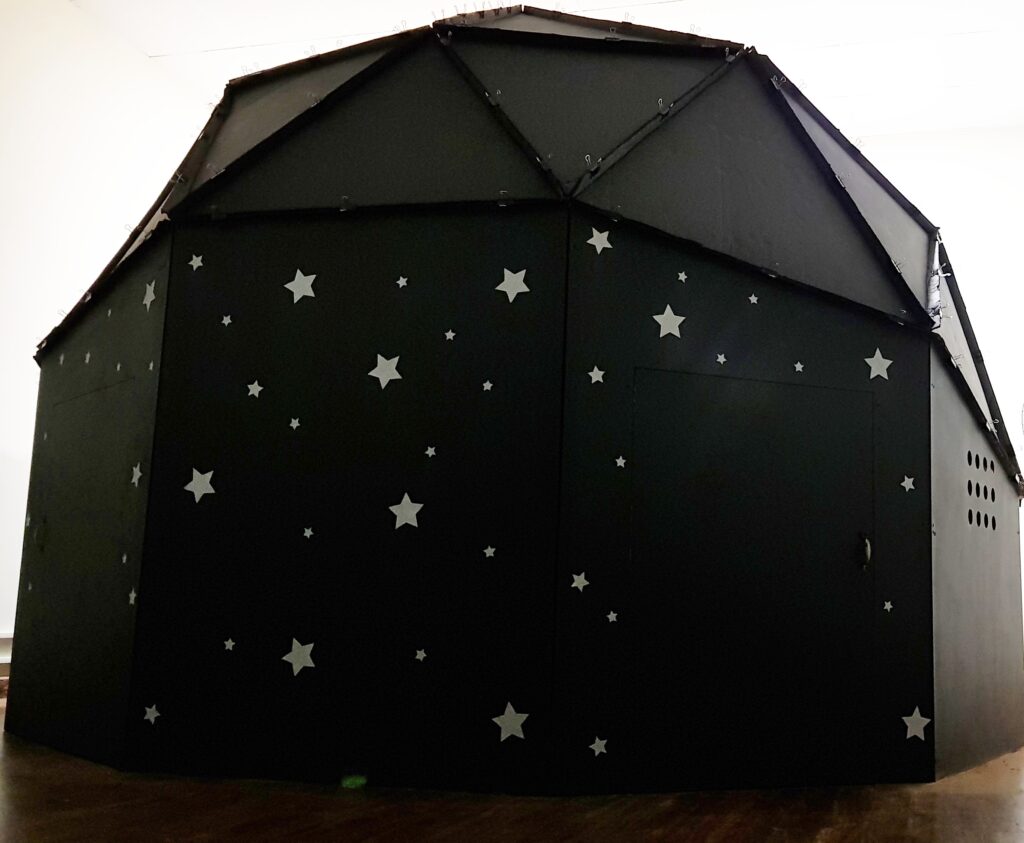