The project implemented the workshop “Crea tu propio asteroide” (Create your own asteroid) in a diverse collection of schools and locations. Most of the schools were public and located in small communities and towns along Chile, where astronomy is not a common topic in the scholar curriculum. Twenty public schools and 8 subsidized schools were selected and received astronomical kits. Each school had one or two representatives, who were trained to teach their students all the basics on asteroids.

Teachers were provided with kits that included 2 3D-printed asteroids, notebook and pen, a tote bag, and lots of astronomical material kindly donated by ALMA and ESO. The project also made and shipped 900 student kits that included 2 packs of modeling clay, the two infographics developed for the workshop, notebook and pen, stickers, a tote bag, and astronomical material donated by ALMA and ESO.

The project reached 1255 children. To measure the changes in the target audience, all teachers completed pre and post surveys, testing level of knowledge, how comfortable they feel talking about asteroids, and the level of knowledge of their students. Even though some of the teachers were already interested in astronomy and had some level of knowledge and confidence talking about asteroids, all of them declared that their students had none or basic knowledge of this subject before the workshop. After the workshop, their knowledge improved between basic and advanced levels, most of them marking “advanced”. The team received positive feedback from the all teachers during the workshop and the Chilean astronomical community during asteroid day. 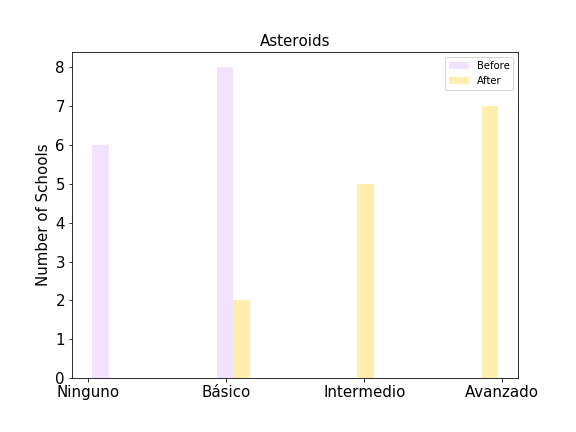 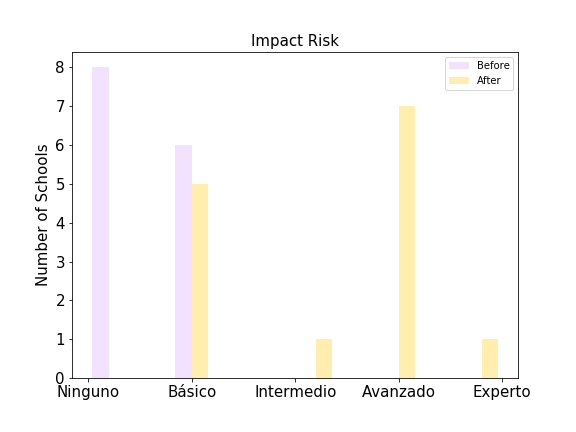 In July 2021, the project was presented at the  “I Congreso Nacional de Educación Astronómica” organized by the Chilean (OAE-IAU) and also implemented the workshop with a group of teachers from different schools. The workshop was replicated in other events such as the Asteroid Day, the National Summit of Astronomy Education, activities for the Ministry of Culture and Arts, and more.