Telescopes to Tanzania (TtoT), which the OAD is contributing towards, is a project under the aegis of Astronomers Without Borders (AWB, http://astronomerswithoutborders.org/). Since 2010, Universe Awareness (UNAWE, www.unawe.org) and Telescopes to Tanzania have collaborated on bringing astronomy-based science education to Tanzania. This collaboration has already produced many outcomes, among which providing teacher training, telescopes and other science equipment for schools, as well as hands on classroom experiences (read more on the various achievements at https://www.astro4dev.org/category/activities/telescopes-to-tanzania/ or at http://astronomerswithoutborders.org/projects/telescopes-to-tanzania.html). 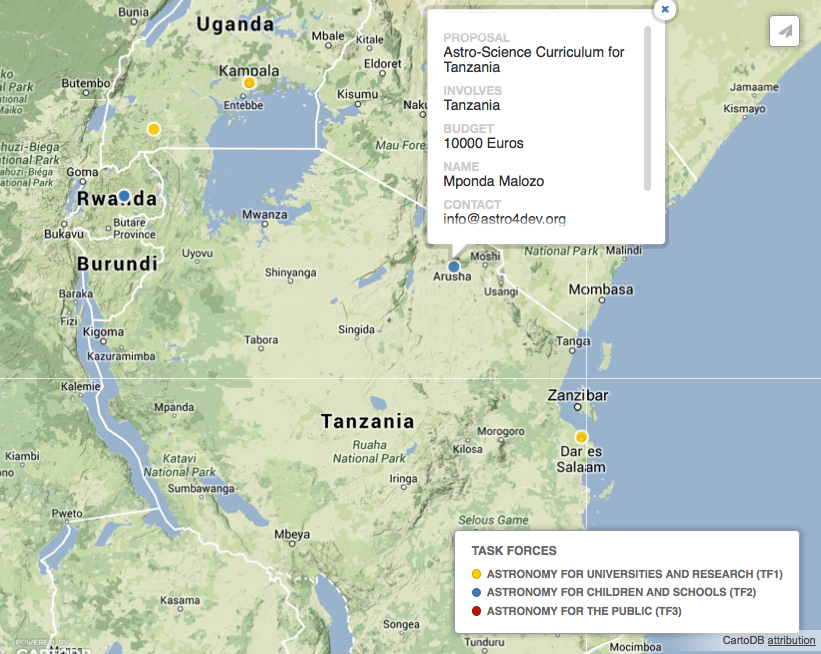